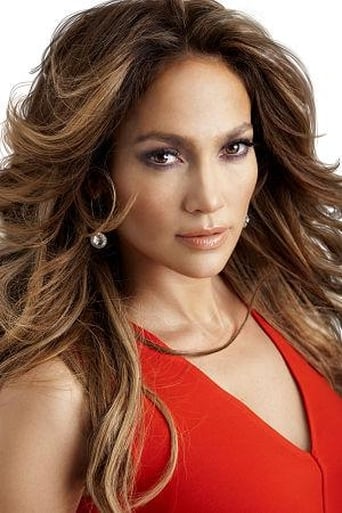 Jennifer Lynn Lopez (born July 24, 1969, height 5' 4½" (1,64 m)), also known by her nickname J.Lo, is an American actress, singer, record producer, dancer, television personality, fashion designer and television producer. Lopez began her career as a dancer on the television comedy program In Living Color. Subsequently venturing into acting, she gained recognition in the 1995 action-thriller Money Train. Her first leading role was in the biographical film Selena (1997), in which she earned an ALMA Award for Outstanding Actress. She earned her second ALMA Award for her performance in Out of Sight (1998). She has since starred in various films, including The Wedding Planner (2001), Maid in Manhattan (2002), Shall We Dance? (2004), Monster-in-Law (2005), and The Back-up Plan (2010). Lopez came to prominence within the music industry following the release of her debut studio album On the 6 (1999), which spawned the number one hit single "If You Had My Love". Her second studio album J.Lo (2001) was a commercial success, selling eight million copies worldwide. J to tha L-O!: The Remixes (2002) became her second consecutive album to debut at number one on the Billboard 200, while her third and fourth studio albums – This Is Me... Then (2002) and Rebirth (2005) – peaked at number two on the Billboard 200. In 2007, she released two albums including her first full Spanish-language album Como Ama una Mujer and her fifth English studio album, Brave. With a new record label, Lopez released Love? on April 19, 2011. In 2012, she released her greatest hits album, Dance Again... the Hits. A.K.A. followed in 2014. Lopez's contributions to the music industry have garnered her numerous achievements including two Grammy Award nominations; two Latin Grammy Award nominations; three American Music Awards, amongst six nominations; and the estimated sale of over 55 million records worldwide. Billboard ranked her as the 27th Artist of the 2000s decade. Lending her musical knowledge to others, Lopez was a member of the judging panel of American reality television competition American Idol. She led People en Español's list of "100 Most Influential Hispanics" in February 2007. She has parlayed her media fame into a fashion line and various perfumes with her celebrity endorsement. Outside of her work in the entertainment industry, Lopez advocates human rights, vaccinations and is a supporter of Children's Hospital Los Angeles. She currently executive produces the TV show Shades of Blue in which she stars as Harlee Santos, a dirty cop who provides for her daughter with money from bribes and protection payments.