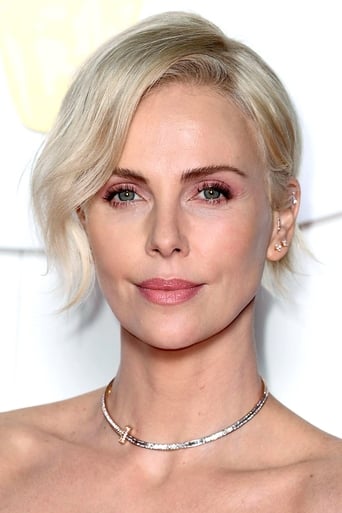 Charlize Theron (born 7 August 1975) is a South African actress, film producer and former fashion model. She rose to fame in the late 1990s following roles in the films The Devil's Advocate (1997), Mighty Joe Young (1998), and The Cider House Rules (1999). Theron received critical acclaim for her portrayal of serial killer Aileen Wuornos in Monster (2003), for which she won the Silver Bear, Golden Globe Award, Screen Actors Guild Award, and Academy Award for Best Actress among several other accolades, becoming the first South African to win an Academy Award in a major acting category. In recent years, she has moved into the field of producing, both in television and film. She received further Academy Award and Golden Globe Award nominations for her performance in North Country in 2005, and a Golden Globe Award nomination for her performance in Young Adult in 2011. In 2012, she appeared in Snow White & the Huntsman and Prometheus, both of which were box office successes. Theron became a U.S. citizen in 2007, while retaining her South African citizenship. Theron was born in Benoni, in the then-Transvaal Province of South Africa, the only child of Gerda (née Maritz) and Charles Theron (born 27 November 1947). Second Boer War figure Danie Theron was her great-great-uncle. Her ancestry includes French, German, and Dutch; her French forebears were early Huguenot settlers in South Africa. "Theron" is an Occitan surname (originally spelled Théron) pronounced in Afrikaans as [tɜːron], although she has said that the way she pronounces it in South Africa is [θron]. She changed the pronunciation when she moved to the U.S. to give it a more "American" sound. She grew up on her parents' farm in Benoni, near Johannesburg. On 21 June 1991, Theron's father, an alcoholic, physically attacked her mother and threatened both her mother and her while drunk; Theron's mother then shot and killed him. The shooting was legally adjudged to have been self-defense and her mother faced no charges. Theron attended Putfontein Primary School (Laerskool Putfontein), a period she later characterised as not "fitting in". At 13, Theron was sent to boarding school and began her studies at the National School of the Arts in Johannesburg. Although Theron is fluent in English, her first language is Afrikaans.